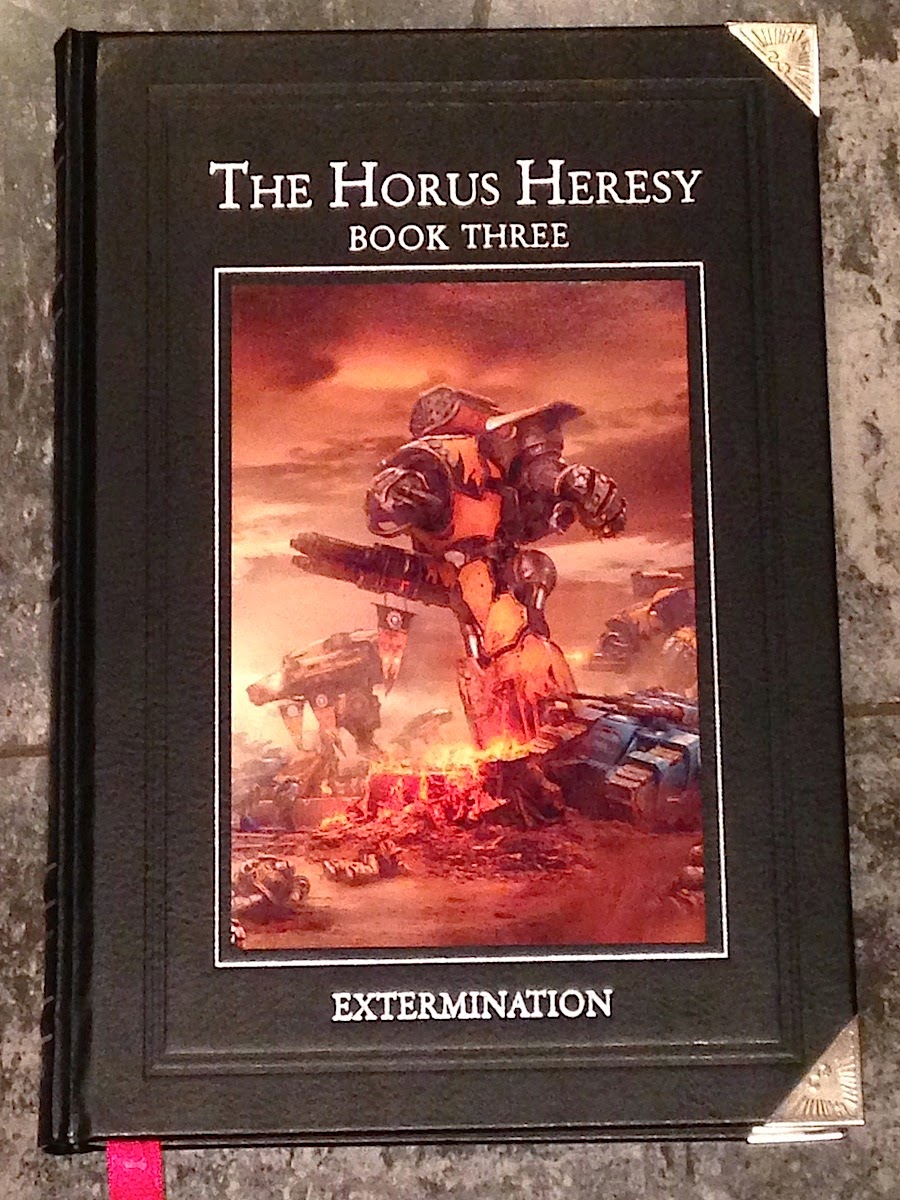 A dedicated fortification available to the legion armies. I feel this was mostly included to provide the Imperial Fists and Iron Warriors -- and in particular Kyr Vhalen -- a point to occupy and defend from a position of advantage. With this fortification and Vhalen, even the Alpha Legion are going to be doing some serious head-scratching about how to take the place.

The fortification itself is divided up in to an open deck area, one large AV14 bunker and three medium AV14 bunkers. Together, these provide 5 upgrade mounting points to arm with a variety of weapons or equipment like a comms relay.

To a large extent, it depends entirely on how one wises to play the game, and the game objectives as to how to utilise the Catellum. Will you be objective camping on a single objective within the Castellum and then just grabbing another one of two as you're able elsewhere? Or is it about a glorious last stand (kill points) mission or a re-enactment of the battle of Paramar from Extermination? Given the price tag attached, this fortification will probably form the core of any armies tactics - or at least it should. So plan accordingly and think about the mission parameters (if known in advance).

Castellum with 2 Icarus Lascannons, 2 Whirlwind Launchers, 1 comms relay (435 points)
This is a bunker to provide extra firepower at long range where it is needed. Combine with an aggressive or deep striking forward force for maximum effect.

Castellum with 2 Quad Guns, 2 Hyperios Missile Launchers, 1 Hyperios Command Platform, 1 comms relay, 1 hostile signal jammer (495 points)
A more defensive style of play here with the hostile signal jammer and automated dakka from the command platform. Not sure how the Alpha Legion will handle this against the Iron Warriors and Vhalen at the battle of Paramar, but through scouting and infiltration I'd imagine.
Posted by jabberjabber at 13:36