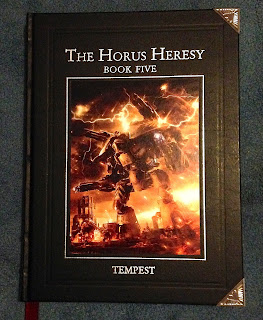 Background.
The growing tensions between Ryza and Estaban III resulted in the latter creating the Cynis variant of the Thanatar. The main problem was that they lacked Ryza's mastery of plasma mechanics, and as a result the Cynis has always been considered a bit more erratic and possibly malevolent in comparison to Ryza's attempts.

Strengths.
Unlike the Calix variant, the Cynis can be taken in multiples to form a maniple of up to three of these amazing machines. If you can find a way to infiltrate them, then they will prove (in all likelihood) devastating to all around them.

This will be accomplished by their Cynis pattern plasma ejectors. They pack two of them, and each can lay down two S8 AP2 blasts. Four S8 blasts are horrific for most armies to contend with and they can affect (or have the chance to affect) almost anything in the game. Twelve of them are just insane.

Couple this with the plasma wave special rule that forces cover saves to be re-rolled, and we're looking at a unit that can wipe out even terminators camped on objectives inside very hard cover.

The mauler bolt cannon is pretty nice on top of this.

Weaknesses.
The major drawback of the plasma ejectors is their range. At 18 inches, the threat range is smaller than a regular bolter, and the Cyris needs to think carefully about where to lay down their amazing plasma storm. On top of this, the gets hot rule is an ever-present issue that might merit some attention.

Builds.
Arguably, the best way to play them is to get these Cynis in range of enemies pretty fast and blow them away. Getting them in range may prove an issue. Hence we need to think about that. Infiltrate or equivalent would be beastly here if possible to pull off somehow.

Here are a couple of builds to think about.

Thanatar Cynis, paragon of metal (305 points).
Deadly!  And a good distraction to boot as well.

3 Thanatar Cynis (825 points).
Laugh or cry, this is a valid unit entry for Horus Heresy.
Posted by jabberjabber at 20:38