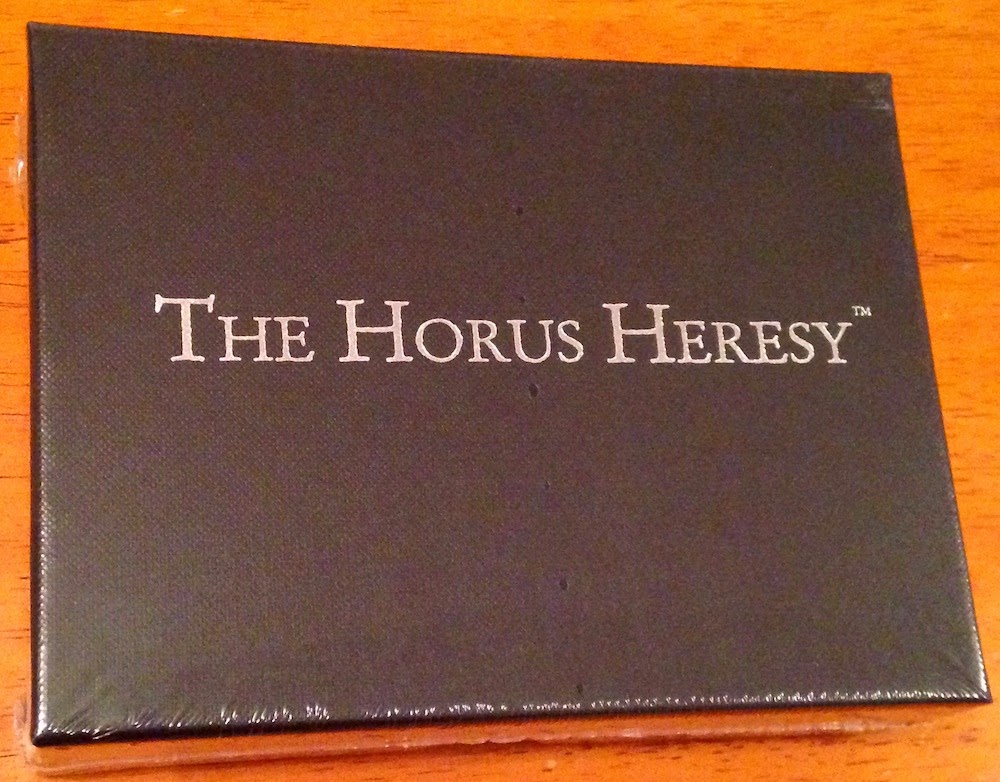 In the background fluff for this Iron Warriors character, he was effectively killed on the battlefields of Isstvan when a Raven Guard Moritat slew him. But that was not the end. A small, relatively unknown group within the Iron Warrior fraternity, the Apolakron, rebuilt him almost from scratch. This included building in to his very skull a cortex controller. And now Dreygur keeps company more with robots than he does with his former brothers (who now shun him actively as Perturbo has probably also discarded a useless tool in his arsenal).

Strengths
Not only does Dreygur and the new consul type - the Praevian - gain a Cortex Controller, but they both also have a Cortex Designator. This is a very interesting device that means if the consul scores a hit from range against a particular target, then the robots in his unit will gain preferred enemy against that unit as well. This is incredibly powerful with the right set-up of robots to back him up.

But moreover, the Praevian has the Master of Cybernetica special rule. This means that he can select a unit of Vorax or Castellax automata to be part of his unit. He can't leave these robots, but that's not the point! The ability to take robots without the mechanicum is game-bending in the possibilities. Imagine a dark fire cannon (or several) attached to the consul to provide an awesome back line unit?!

It gets better though. The robots can select to have one of a small group of special rules (e.g., Tank Hunters, Scout), or the Legiones Astartes rule associated with the same legion that the consul is a member of. Consider an Alpha Legion or Raven Guard group of robots with infiltrate - this could be game changing realistically - no other legions can field similar as far as I can see.

Weaknesses
The Praevian can't take terminator armour or bikes, but this is not a huge negative to be fair. On Dreygur, the power fist may or may not be useful, depending on what type of robots accompany him, whist the master crafting of the bolt pistol seems superfluous.

For a generic Praevian though, the build could be made to be a whole lot more suited to the legion in question and to the robots that will accompany him.

Overall
I really like the Praevian, and Dreygur. I would certainly be taking Dreygur with something like Castellax with two power blades each, or the Vorax to make best use of his power fist. But for other legions, I can certainly see other good builds, like the dark fire cannon being extensively used.

I think in a number of ways this consul opens up doors that no other character can. The robots that go in the same unit as him have to be well tailored though, but that can be easily arranged. The only real question is the choice of something like Tank Hunters versus the appropriate legion special rule.
Posted by jabberjabber at 20:24

I think its also worth noting that Nârik Dreygur doesn't list "Support Officer" amongst his special rules... Maybe I'm reading it wrong but that'd mean he could be taken as your requisite HQ choice unlike all other Praevians.

The pistol is master crafted to improve the chances of the successful necessary to gain preferred enemy. I think that the short range of the pistol is a big limitation here. So grab yourself a bolter or combi-weapon ;-)

Completely agreed -- I think something a little longer ranged would be much better suited.