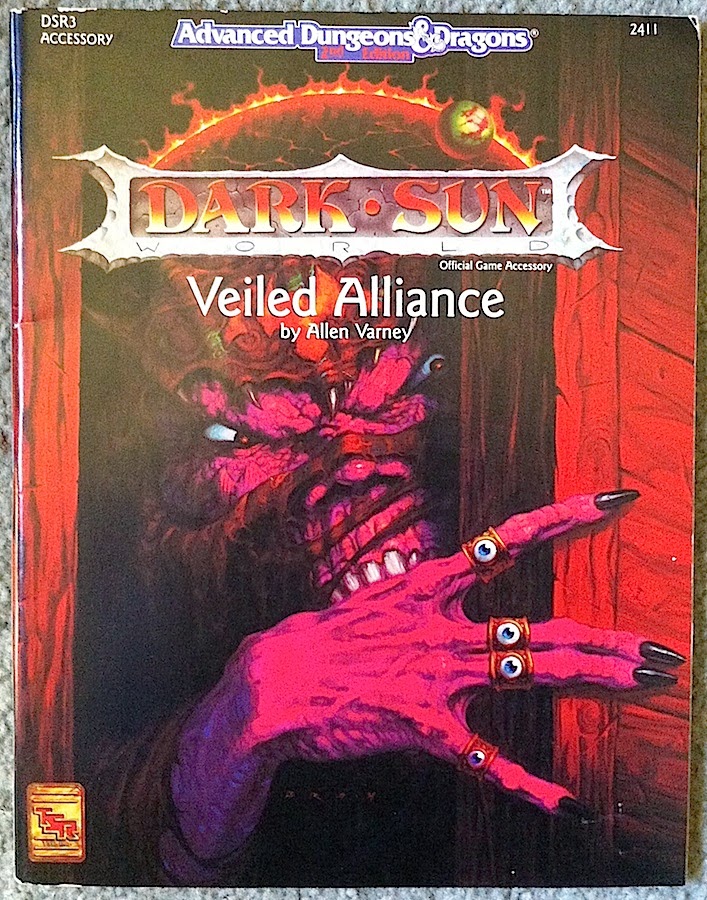 All magic must be powered from somewhere in Dark Sun. Generally, it comes from the life force of vegetation, but occasionally also sentient beings made of flesh as well (this is the case with dragon magic - they drain humans of their vitae in order to power their supernatural effects). But most mortals can only drain fuel for their powers from plants. These people are split in to two types: defilers and preservers. The former are those mages who don't care or are not skilled enough to know the any different about how to fuel their magic. They turn to waste and black dust all plant life in a radius surrounding them to power their spells. The greater the spell, the more damage to the surrounding flora it does. The damage is also quite permanent as it robs the soils of their natural microbes and nutrients to sustain future plant life as well. In a nut shell, this is why Athasian society actively hate magic users: they have turned the world to dust.  But the populous does not readily perceive the difference between these defilers and the latter class of spell slingers: preservers. Preservers only take what they need and do so in a gentle manner so as not to kill off plant life surrounding them. They're much more careful about what they do. And it is the preservers who have gathered together in a secret society (societies as it happens) that this expansion book is dedicated to: the Veiled Alliance.

Veiled Alliance covers the ground on how the secret society of preservers is organised and acts across the different city states of Athas. As such, it gives many valuable detailed about the populous of the city states themselves and their general states. Realistically, the book is in fact much more about the city states rather than the Veiled Alliance. As such, it is a great (almost essential) expansion for player groups who want to wander about the cities and desire a little more background than what is offered within the Campaign Setting. It also offers notes about the Alliance within smaller communities scattered through the desert as a final add-on.

Beyond that, the expansion book reveals how each group of the Veiled Alliance operates within each city - their causes (ranging from bringing the sorcerer-monarch down / fighting the corrupt system that feeds them, to just down right surviving), how they recruit and initiate members (brains testing or otherwise), the leadership (benevolent, or a planted spy from the sorcerer-king?), the location and layout of their HQs (if appropriate), and some adventure hooks.

Overall, three out of five stars from me. Its a great book for the campaign setting - no doubt about that - and hence is probably a little mis-named; although it certainly does do a very solid job of describing the Veiled Alliance cells. Get it for the background on the city states, not for the antics and cloak and dagger methods of the preservers' secret society.
Posted by jabberjabber at 20:36