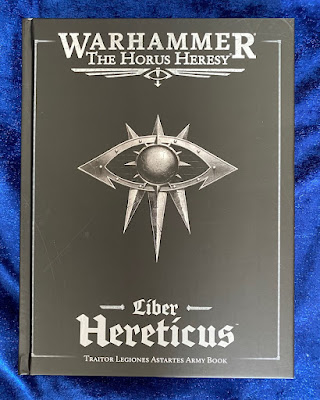 Warpstone Flux Rating: ⭐️⭐️⭐️⭐️
4/5 stars. There are plenty of choices contained within the Night Lords Armoury in second edition.
Nostraman Chain Weapons. A remarkable three variants here for characters, all with breaching and shred and variable S bonuses. Very nice indeed for the costs involved.
Escaton Power Claw. Shread and murderous strike combined with a power fist like improvement for a modest cost. Again: really nice.
Lords of Murder. Gain Bloody Murder for a very small points cost. Take it.
Bloody Murder. Charge +1 distance, and A+1 against pinned or falling back units. Situational, but good.
Prey Sight. Night Vision used to come as standard in first edition. In second, it is an upgrade. Worth taking though if you're using Night Fighting.
Trophies of Judement. Gain fear! Not much more to say here other than take it if you're not already using Terror Assault.
Difference to First Edition.
Overall it is very much improved with a lot of new selections that players will be tempted by. The only negative here is the loss of Night Vision which now has to be paid for compared to First Edition.
Posted by jabberjabber at 20:41