One of the hidden gems in Horus Heresy: Betrayal is the expansion of the background description of the standard (or what will become to be thought of as standard) chaos space marine backpack. The image depicts one of the Death Guard legion from Betrayal sporting Mark II armour combined with what is described as a prototype Anvilus backpack. The interesting thing here is that the backpack is said to possess enhanced stabilising thrusters (presumably the vents at the back which are now spaced apart somewhat - although could also be the fan), but at the cost of inferior radiation shielding. 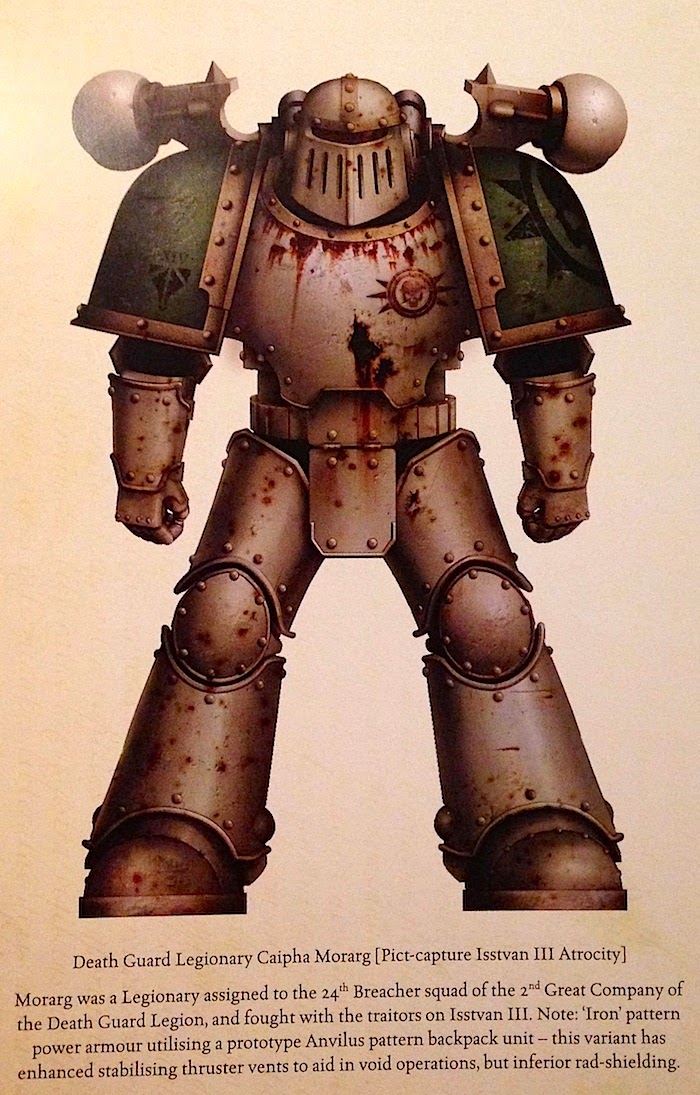 This strikes me as a bit odd. The thrusters are designed for void operations. But surely the last thing that you want in the hard void is decreased radiation shielding? Regardless, it adds to the fluff about stacked power plants requiring more cooling from the earlier chaos space marine fluff. The only thing I'm unclear on is whether "Anvilus" is a designation of a forge world? Perhaps its one that the traitors captured and used after the Heresy and hence the major one to supply this type of backpack to the traitor legions subsequently? Just some random thoughts!
Posted by jabberjabber at 19:21

The loss and later destruction of this Forge World is said to have led to the loss of several precious technologies and Anvilus-patterns now lost to obscurity.